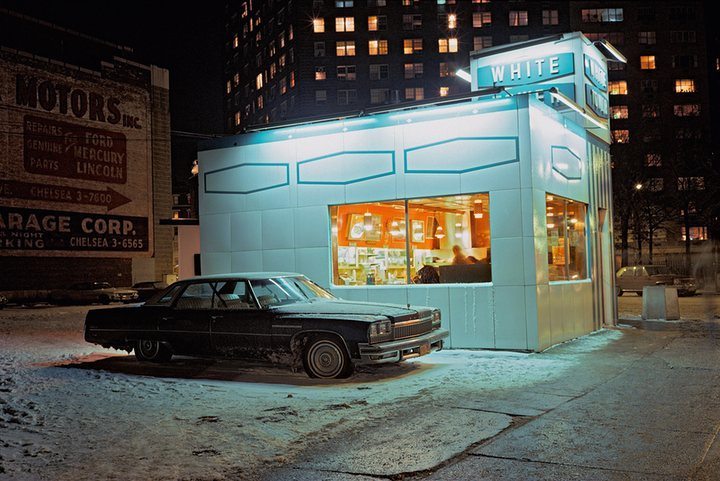 In the 1970s, Photographer Langdon Clay spent two years roaming the streets of New York at night capturing some of America’s most classic cars in haunting portraits. This was the period in which America was producing some of it’s most distinctive cars and Clay’s photographs manage to capture a different side of the iconic motors to the one we know. -> see gallery

(…) sleeping-beauties.de publishes this gallery with the kind permission of HEKKTA, a London based multidisciplinary design and media agency that specialises in property marketing. HEKKTA loves classic cars and particularly classic cars made in the 1970s in the US. Their design looks so effortlessly cool and these cars have always been the poster boys in classic films and TV. However Clay has presented them in a very different way to how they have been presented before. The cars look almost vulnerable at the side of the road, helpless in it’s environment. Clay’s collection of photos are really special in trying to capture the feel of New York City and the cars’ place in the city that never sleeps.